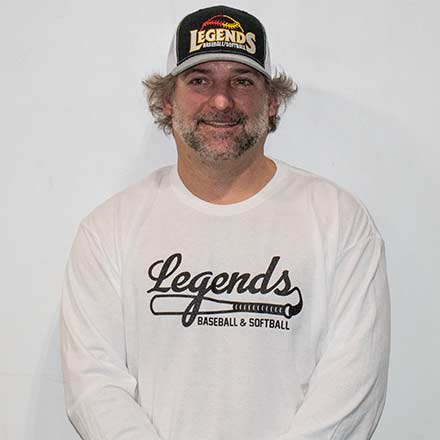 “There may be people that have more talent than you, but there’s no excuse for anyone to work harder than you do.”
-Derek Jeter

After graduating from Assumption attended Pensacola Junior College. Was named player of the year in The Panhandle Conference and first team all conference honors in 1999. Drafted by the NY Mets in the 1999 amateur baseball draft. During his 12 year professional career he compiled over 1,000 hits, over 100 home runs, 5 time all-star, 1 time all-star MVP, and 1 time home run derby Champion. Played in the Mexican Winter League in 2002. Was named to the all tournament team while playing in the 2003 Europeon Championships in the Netherlands. Represented Greece in the 2004 Olympic Games in Athens, was named to the all Olympic all tournament team.

After his professional and international career on the field. Cory has owned and operated a baseball facility in the Quad Cities for over 15 years.