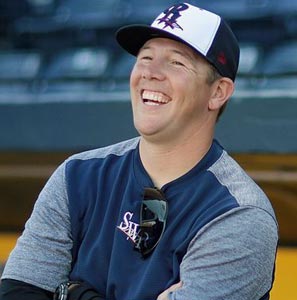 Tyson Blaser is a local product who grew up in Taylor Ridge, IL. He played baseball at Rockridge High School before going on to catch at the University of Iowa. In 2011 Tyson signed a free agent contract with the New York Yankees. Once with the Yankees, he played four seasons reaching the AAA level. Tyson finished playing in 2015 and came home to be the varsity baseball coach at United Township High School for one year before rejoining the Yankees. Currently, Tyson is a catching coach with the Yankees minor league affiliates. During the off-season, Tyson returns to Quad Cities where he stays busy with his kids, Bryce and Brooklyn and by giving hitting and catching lessons at Legend Baseball & Softball Academy.