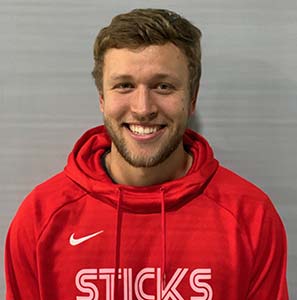 Jake is from Moline and graduated from Moline High School in 2013. After Moline, Jake played for longtime head coach, Arnie Chavera at Blackhawk College in 2014 and 2015. Following Blackhawk, Jake went on to play at the University of Southern Mississippi in 2017 where he was a part of a 50 win team and hosted a regional. Jake played at Quincy University in 2018 for former Major Leaguer, Josh Rabe.